10% off your next order
When you sign up to receive special offers and product launch updates.
My Cart   0
Registration/Log in 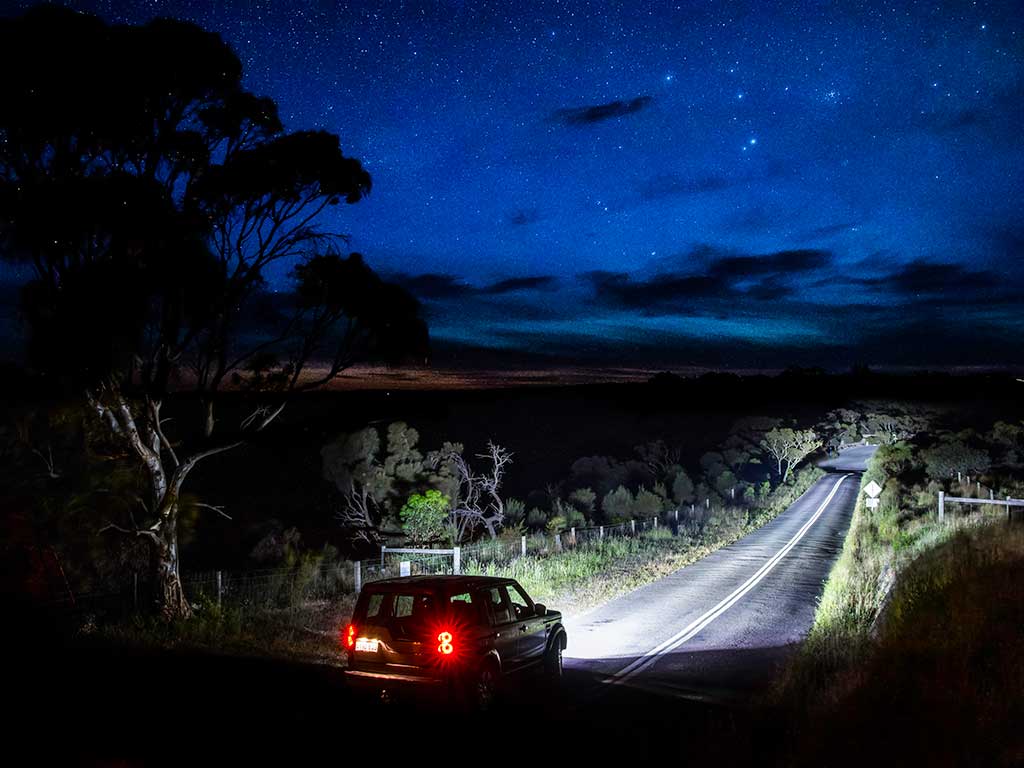 Fitting driving lights are one of the best modifications you can make to your vehicle. Better visibility improves safety by giving you more time to react, as well as by reducing fatigue. But how do you choose the best lights for your needs? Not all lights are created equal, and not all performance claims use the same measurements.

Lumens and lux are both measures of light output but don’t be swayed by large lumen figures – for a true indication of lighting performance, you need to look at lux at a distance.

1) LUMEN: the standard measure of brightness from a light source. One thing to be wary of when comparing lights is that there can be a surprisingly large difference between raw lumens and effective lumens.

However, in the real world, there are losses in the system that reduce the theoretical maximum. Even the highest quality driving lights will experience losses due to thermal performance, absorption and reflection from lenses, and the way the unit is assembled. These losses are typically in the range of 10-25% but can be much higher. Typically, the lower the quality of the light, the greater the losses.

Effective lumens are calculated by measuring the actual output of the light. Measuring the effective lumens requires expensive equipment and expertise, which is why many manufacturers simply rely on the raw figure. Conveniently for them, this is always a higher number…

But while effective lumens are a more accurate measure of the amount of light emitted, more lumens won’t help you if they are not directed where you need them.

2) LUX: a measure of the intensity of light. When combined with distance, this is the best indication of how well a light will perform in a driving application. One lux is equal to one lumen per square metre – enough to comfortably read a newspaper. As you get further from the light source, its intensity fades.

The further away from the vehicle that you can achieve one lux, the better. Adding extra lumens won’t help you if the light doesn’t travel further down the road. In fact, this can actually reduce your visible distance due to glare and reflections up close.

With precision reflectors and filters, a quality light will have a well-designed beam pattern to deliver illumination where you need it and avoid ‘hot spots’ and shadows.

An inferior light might achieve one lux at 500 metres or less. At 100km/h you will cover that 500 metres in just 18 seconds, 100 metres every 3.6 seconds. Clear vision of a hazard ahead could be the edge you need to stop safely.

To sum up, don’t be fooled by extravagant claims of raw lumens when you’re choosing your driving lights. The best indicator of light performance is lux at a distance, measured by an independent test laboratory and best illustrated via a photometric report such as the one included below.

The further away you get one lux, the better and safer you will be. 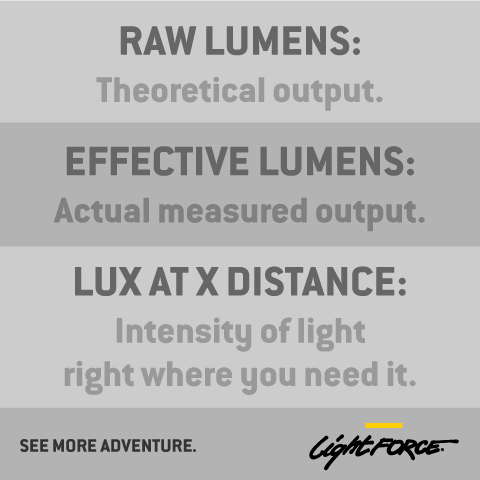